What is the definition of Developed Country?

Countries with advanced and developed economies according to a report by the CIA World Factbook (updated in 2019).

Developed countries have generally post-industrial economies, meaning the service sector provides more wealth than the industrial sector. They are contrasted with developing countries, which are in the process of industrialisation or are pre-industrial and almost entirely agrarian, some of which might fall into the category of Least Developed Countries. As of 2015, advanced economies comprise 60.8% of global GDP based on nominal values and 42.9% of global GDP based on purchasing-power parity (PPP) according to the International Monetary Fund. In 2017, the ten largest advanced economies by GDP in both nominal and PPP terms were Australia, Canada, France, Germany, Italy, Japan, South Korea, Spain, the United Kingdom, and the United States.

As the most of the smart readers may already know, the definition of the developed country stands for the economic power. We are human being. We are living creature that had been raising the culture and society for centuries but here is the fact that very strong measurement of the country development strongly relies on the money only. I don’t give any attention to this kind of bias at all. Utilizing your own integrity is required to watch the world.

When I visited Australia, I realized that I was not fundamentally trusting the policies of my country or the various actions of business groups in my country. It was a proof that I myself had a mistrust towards my countrymen. What a sad truth!

I could rely on the natural food in Australia, but not in Japan. I could believe the smile in Sydney, but not in Tokyo. What was wrong in myself?

It was a precious moment for me when I could feel the security of life that can not be represented by data or figures.

Is it a luxury to seek safe, mediocre food, clothing and shelter? How should we overcome the situation in which we have to fear that basic human rights in our lives are threatened in our country called developed country? 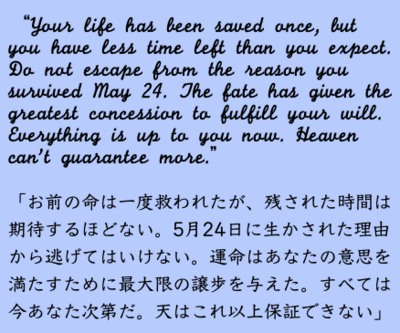